Sports Betting Over Under Rules

While not as popular as betting against the point spread in sports gambling, betting the “over/under” isn’t that far behind. Sometimes you may see this as O/U, over-under, over under or simply referred to as “the over” or “the under.”

What does over under mean in betting?

Simply stated, it is the total of the points scored by both teams. While all sports employ an over/under betting option, by far the most money wagered on this bet is in football and basketball. Sports like baseball and hockey offer over/under options, but the vast majority of bets on those sports in based on the established “money line” to pick a winner at a set price.

Unlike a point spread bet in which you are aligning yourself with one team, you’re betting on both teams – either their offenses or the defenses – when betting the over/under. Sports books set over/under scores on games based upon numerous factors.

The hidden factors that come into play in determining a point spread vary by sport, but have common themes. Recent team history is a primary factor that sports books like to exploit. Sports by their nature are a reflective business based on developing trends from previous games (“getting on a roll”) and, if a football team has scored 40-plus points in three straight games, the over/under is going to be higher because sports bettors tend to believe that trends are going to continue. It’s human nature…until they don’t.

If a critical player – a quarterback in football or a dominant scorer in basketball – is out or playing injured, the over/under will drop.

Other factors critical in setting the over/under number include weather (where applicable), an undefinable history between teams (you know Steelers-Ravens games are going to be physical bloodbaths) and injuries that may not jump out to casual fans that mean a lot sports books are all factors that go into creating and setting an over/under line that will draw an even number of fans to both sides of the number.

The key to betting the over/under is to look at a slate of games without knowing what the over/under is and set what you believe it should be based on your knowledge of those two teams. The ones that differ the most from what you think should be are the ones to place your bets on.

One final note that has been a mantra of those who bet the over/under with some consistency – every game is under until it goes over.

If you’re new to sports betting, start with picking and choosing games you’re convinced should go under and get an understanding of how late-game fireworks can botch your plans.

In Over Under Betting the oddsmakers will set a number of points in which they think both teams will score in total throughout the whole game (including overtime if necessary). Bettors will then be able to bet on the total number of points scored by both teams combined to be over or under that set game total number. For example, the number may be set at 42.5 points. If you bet the “over” you would need a combined 43 or more points from both teams in order to win your bet (a 28-17 score would win you the bet). If you were to place your money on the “under” you would need both teams to combine for 42 or less points throughout the game (a 21-17 game would win you the under bet).

Example of NFL Over Under Bet

Below is an example of what an NFL Over Under line would look like:

The number next to the Over and Under is always going to be the same, and represents the set game total. In this case the game total was set by the oddsmakers at 37.5. You would then have the choice to place your bet on both teams scoring more than 37.5 combined points (the Over) or less than 37.5 combined points (the Under). The (-110) beside each choice represents the betting odds, which I will explain more below.

If the final score ended up being Pittsburgh 21 Baltimore 14 we would have a total combined score of 35 points, and therefore the “under” bet would win.

Use your new NFL betting knowledge at the Best NFL betting site – Bovada.lv and get a $250 sign up bonus! Nfl parlay odds. 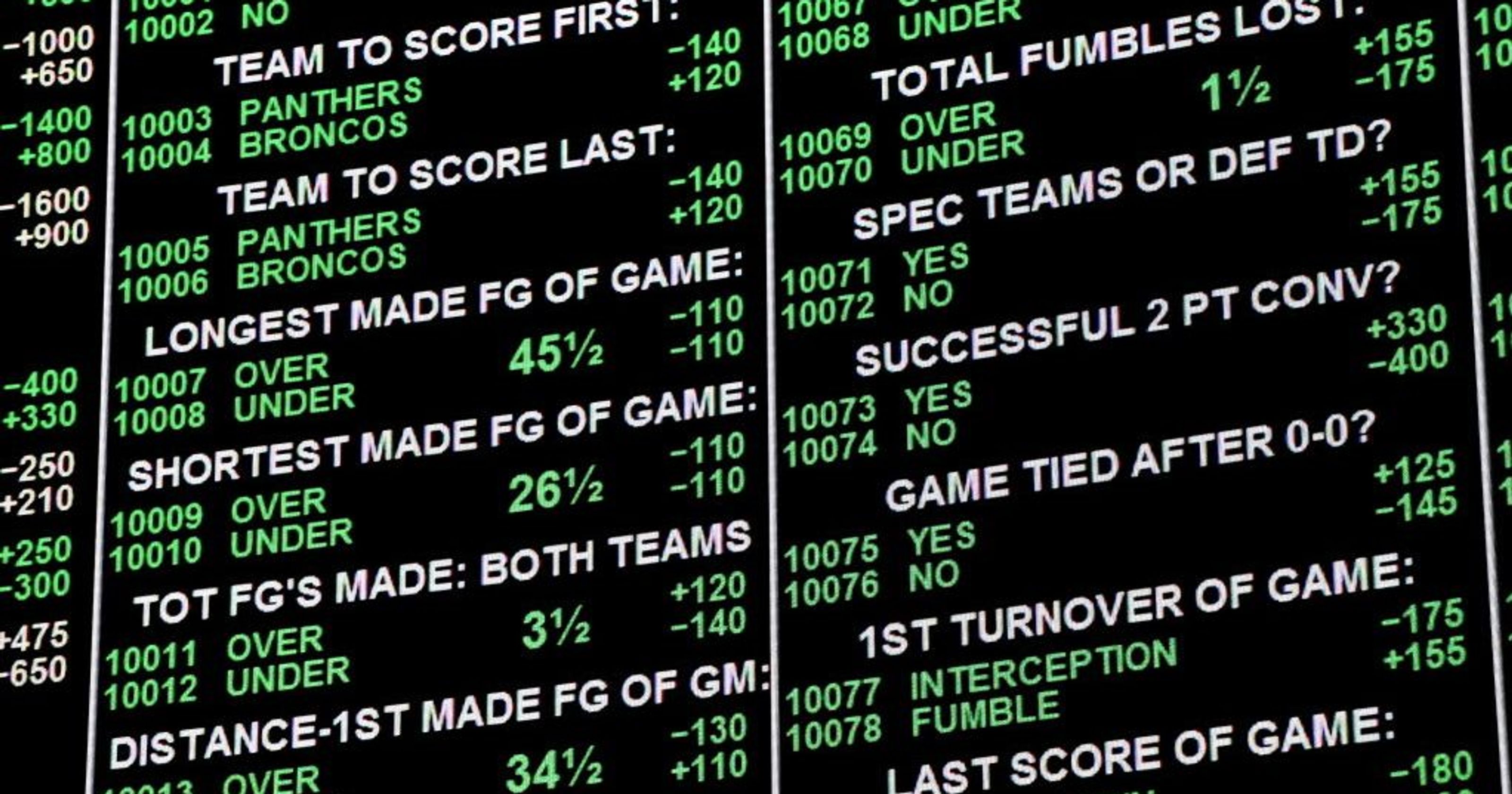 Other NFL Over Under Betting Information

Although the most common odds set for Over Under lines are -110 or 10% juice on either side it definitely isn’t always the case. The set game total number will always be changing in small increments before kickoff, but the odds will always slightly change before the game total does. Using our above example we might see the odds changed to “Over (-105) and Under (-115)” before we see the game total number adjusted to 37.

That brings me to my next point about NFL Over Under Betting – the game total doesn’t always have to be a decimal number. Although more often than not they are a decimal numbers, you will often see the game total being an even integer such as 39, 41, 44, etc. With an even number game total you may see the combined score end up exactly on the number. In that case the bets on both the Over and Under would be refunded. For example, if the game total was set at 41 and we had a final score of 24-17 it would be considered a “push” and all bets on either side of the number are refunded back to the bettors.

Some of the better online betting sites, such as 5Dimes, may even allow you to adjust the game total either way with the odds of course reflecting the change (known as alternate lines). For example, the game total was set at 41.5 and you thought the oddsmakers did a bad job and the game was going to be a lot higher scoring. In some sportsbooks you would be able to select an alternate game total of 44.5 for example and bet the over, which would payout a lot more than the over on the 41.5 line.

If you are looking for the best odds for over/under NFL betting you will want to sign up for an account at www.5Dimes.eu (accepting all countries) and you will also receive a free money bonus of up to $520 on your first deposit – just contact their live support team before depositing.

Understanding Over Under Odds

We have a professional sports bettor writing strategy articles here at TheSportsGeek.com. Check them out on the sports betting strategy page of our website, and hopefully you will pick up some tips that will help you make some money betting on NFL totals.