Posted on  9/4/2021 by  admin
Do you live somewhere where you don’t have anyone living above or below you to complain about noise? Do you love yelling at your friends and family? If so, Pit may be the card game for you.

Thematically, Pit is a game about commodity trading. In practice, Pit is a game about frantically trying to trade until your initial hand of varied goods has traded into a hand of only one type of card. If you’ve never played the game, let’s take a look at the cards and how it is played.

Players get a hand of nine cards. Each card will show a particular commodity on it. When the game starts, players are allowed to trade cards as fast as they can with the other players. Players can’t say what they’re trading, only how many they’re offering for trade. So if I want to get rid of two corn from my hand, I say “Two, two!” and try to find someone else with two of something to trade, hoping that what they give me is what I want. You always have to trade cards in groups of the same good: so, for example, I can trade two corn together but I can’t trade one corn and one wheat at the same time: I have to do them as individual items.

Shout your deal and trade your cards to 'corner' the market. Be the first to get all the cards of one commodity, ring the bell, and you'll win the hand. You'll feel like a trader in the 'pits' of the exchange! Beware of the Bear and take your chances with the Bull.

A hand of commodities in the vintage version of the game

Once your entire hand of nine cards is all the same, you win that hand: you ring the bell and score points equal to that commodity’s value. Commodities range from 40 to 100 points, and players typically play hands until someone has reached a certain number of points.

Pit is a lot of fun. It’s wonderfully simple, yet there certainly is strategy to the game. For example, if I am collecting oranges, and I have three barley in my hand that I don’t want, I would do better to try to trade it to two different people. It isn’t likely that, if I have most of one commodity, that the remainder of what I need is all concentrated at one player, so it doesn’t do me well to potentially help someone else when I could instead spread what they want around the table.

A good Pit player can also watch what people are trading. If I trade away two Cotton and get two Cotton in return and then try to trade that away and also get two cotton in return, I may want to switch to collecting cotton since apparently no one wants it.

The game is action-packed and, as a hand takes longer, you start to worry that someone else is getting close to winning, too. Given how frantic people get when they have just one of something left that they need, it can become obvious and exciting when two people both are one card away from winning.

Chinese betting sites 2020. A hand of commodities in the more recent printing of the game 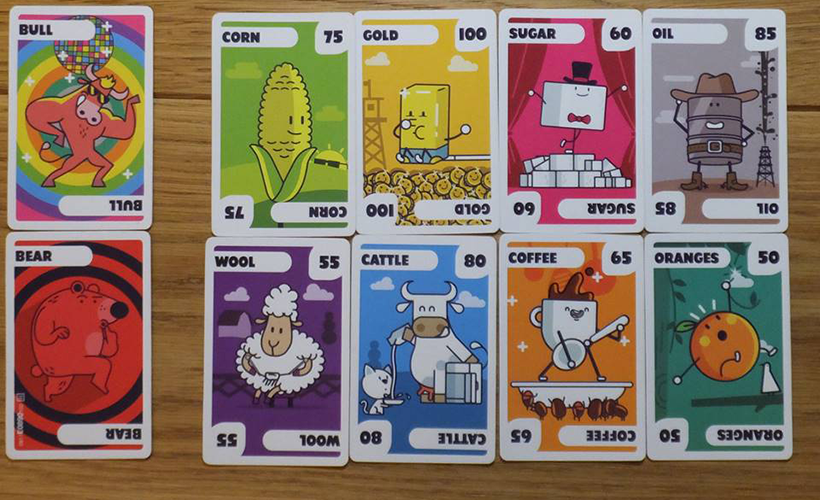 That being said, this game should not be played with three players. The problem with having three players is the games go really quick, and it’s no fun if, every game, one player wins and the other players are all one trade away from victory. The game is still fun with four players, but where the game is really good is at five or more players. It plays up to eight, and I don’t know if you’ve recently gone through your game collection in search of games that play big numbers of people, but they certainly are not the majority.

The only reason I can see people not liking the game if they didn't like the luck aspect of the cards. You can pull off a lot of trades and pull off a lot of good trades and not end up the winner. I think that helps spread the wins around and makes the game closer. The only other people I can imagine not liking the game are your neighbors living underneath you wondering why suddenly eight people are yelling at each other in five-minute bursts.

How To Play Pit Card Game

Mike Hulsebus encourages you to try to collect one of each commodity in an 8 player game and watch everyone go nuts once everyone gets one commodity away from victory. He can be reached at [email protected].