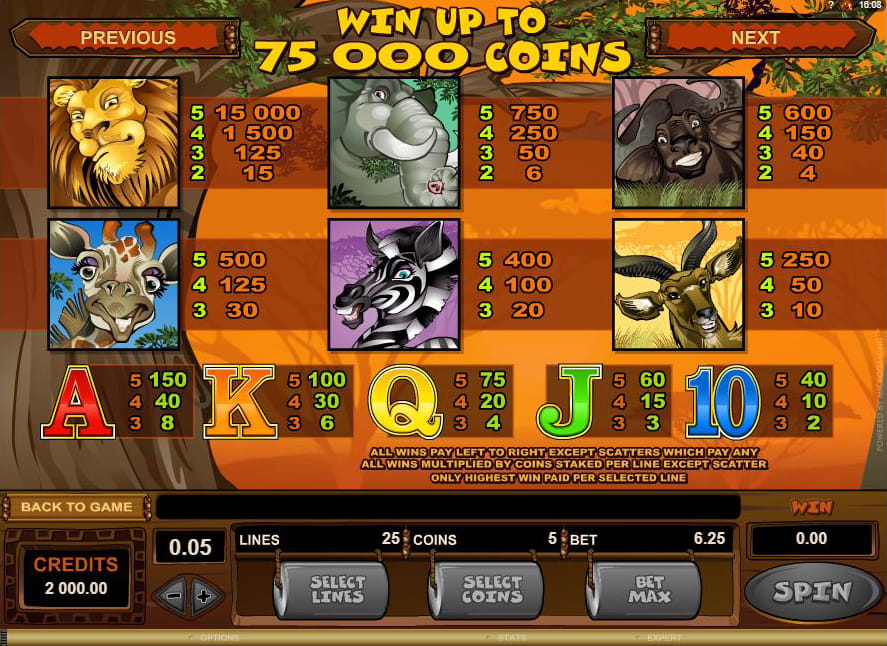 Megabucks are slots with progressive jackpots, combined into a single network that covers casinos in several American states. The owner and operator of this network is International Game Technology, better known by its abbreviated name IGT.

Megabucks slot is considered as an alternative to state lotteries and enjoys incredible popularity among Americans. Actually, there is an opinion that IGT specifically released it to create a lottery competition. Since the beginning of the eighties in the twentieth century, when the slot was launched for the first time, this slot made dozens of players millionaires.

Thanks to the skillfully organized advertising company, every Megabucks jackpot, when it reaches a considerable size, causes a real excitement among the gambling public. And every hit of the progressive jackpot is widely covered in the media, attracting even more casino visitors to the slot. No other slot in the world is overgrown with so many incredible myths, rumors, and legends. But with all this, there are a lot of gambling experts and just experienced players who consider Megabucks a hideous slot that absolutely does not deserve so much attention. So, who is right: fans or opponents of this slot?

Where to Play the Megabucks Slot

How to Play Megabucks

The classic version of the Megabucks slot from IGT is a 3-reel slot machine with the only one payline. In order to qualify for a progressive jackpot, the player must definitely bet three dollars. There are a lot of stories (both true and fictitious) about casino customers, who had the jackpot combination, but they did not receive any jackpot because of a bet less than three dollars.

The progressive jackpot is not completely nullified when a lucky winner gets it but starts to grow from a certain amount. In recent years, this fixed amount is $10,000,000. There are persistent rumors that soon this initial sum of the jackpot should increase by one million.

Strange as it may seem, there is no official information about the probability of winning the Megabucks jackpot. Some casinos say that the player has one chance out of 50 million, while others claim that this is one chance of 17 million. Whatever it was, when the sum of the jackpot is large enough, fans of this slot are ready to fly thousands of kilometers to try their luck.

What do Lady Luck’s favorites have from this slot? Do they get all that huge amount of money that is advertised? When you win a jackpot, events can unfold as follows. First of all, the lucky guy will receive a check for $1,400,000. Then the winner is given two or three months to decide how he wants to get his winnings. There are two options: the amount is divided into annual payments, which will be transferred to the player within twenty-five years, or he can get the winnings immediately at a time, but at a rate of 60% of the jackpot.

That is, having won ten million, the winner can receive in the second variant only six million, but at once and with one payment. After receiving the win, he still has to pay taxes. Unsurprisingly, almost all holders of Megabucks jackpots prefer to receive their winnings in the form of annual payments.

However, in this case, they also have to pay taxes, the Internal Revenue Service of the United States (IRS) very strictly follows this. Subtract from the total amount of the jackpot another 40%, because such winnings are taxed at the maximum rate. So, the next time you hear that someone has won ten million in Megabucks and immediately took all the money, you know that the lucky guy got a little over three and a half million at his disposal.

The Curse of the Megabucks Jackpot

As already mentioned above, there are a lot of urban legends about the Megabucks slot and its jackpot, mostly of a gloomy nature. For the most part, they describe the tragic fate of players who managed to win a huge jackpot. It is believed that almost all the lucky people either perish or suffer numerous woes. The cause of their numerous misfortunes is the so-called Curse of the Megabucks slot.

Of course, in these stories, there is much more fiction than the truth. However, there is no smoke without fire — some winners, really, seriously suffered after they won the jackpot. In particular, the further life of the waitress Cynthia J. Brennan, who won $34.9 million in 2000, was sad. A month and a half after the win, Cynthia and her sister were hit by a drunk driver. The sister died on the spot, and Cynthia was forever paralyzed. The guy who drove the car in a state of intoxication was imprisoned for twenty-eight years.

But the rumors about the curse of Megabucks spread even before the year 2000. Simply, this accident was widely covered in the press and made people remember about other similar events, which at that time did not become so resonant. In 2003, many media published a story about a 25-year-old player who became the owner of the Megabucks jackpot and either died from a drug overdose in a casino hotel or was killed in a street shootout. IGT companies had to work hard to convince the public of the falsity of these statements.

There are also a lot of rumors about underage players and employees of different casinos who won the Megabucks jackpot but could not get it due to existing rules. But none of these rumors received documentary evidence.

Many experts in the field of gambling suggest that ITG recently made relevant changes to the Megabucks system, which makes the jackpot play less often, but with larger amounts. Although officially the company claims that nothing of the sort has happened, this opinion remains very popular.

Where Could You Play Megabucks?

Most fans of slot machines and large jackpots are not afraid of the curse of Megabucks and are willing to play in this slot. You can find this slot in almost all real casinos on the Las Vegas Strip, as well as in other establishments in Nevada, California, New Jersey, Mississippi, and some Indian reservations. Each state has its own separate network of Megabucks slots, but the biggest progressive jackpots are expected in Nevada. In other states, jackpots are much smaller.

Why do Experts Consider Megabucks a Bad Slot?

Experts do not believe in the curse of the Megabucks slot, but this does not stop them from considering this gambling machine not worthy of attention. The fact is that this slot is very unprofitable for the player. Firstly, it has an extremely high percentage of the casino advantage, which reaches 10-15% (for comparison, many slots in the Las Vegas casino are limited to 2-3%). Secondly, the procedure for paying a jackpot is extremely inconvenient. The winner either loses 40% of the amount or gets it in parts for 25 years. But the progressive jackpots of most other slots are paid immediately and in full.

All this suggests that Megabucks is a mediocre slot, which gained its popularity only thanks to record payments and a masterly organized PR campaign.

Mega Gems slot machine is a Betsoft software, and it is one of the progressive video slots available at Slotozilla. It has ten pay lines and five drums. Rich with gems, it offers a three-dimensional feel. Apart from its great appearance, it has amazing jackpots and provides several features. This slot is similar to Good Girl, Bad Girl.

It is indeed an excellent gamble that is appropriate in conveying a charming atmosphere. We love the colorful wild spins and the extra spin bonus feature.

Before hitting the reels on Mega Gems slot machine, you have to set your stake range first. Set the coins size you wish. It can range from 0.02 to 1. Then adjust the number of coins you want to wager per line. The minimum coin per line is one, and the maximum is 10. Then, set the number of lines you want to activate.

Best casinos in united states in 2019. When you hit the spin button, you are establishing the reels in motion at your chosen bet. Press the maximum bet spin and it will set your maximum bet that is allowed by the gamble.

Since it is a progressive gaming, the jackpot prizes increase for every gaming round, and it stops when you hit the jackpot. And to win the jackpot, you should have three stacked Jackpot symbols on second, third and fourth drums.

The free online Mega Gems slot has one extra feature, and that is the expanding wild. It shows up during a regular game. Every time it appears on reels two, three or four, all symbols will be replaced. You will get a no-cost re-spin while the expanded is still in place. This wild is the colorful hexagon. Now, if you hit another one, you will be given another re-spin.

Just Give It a Chance

You can play Mega Gems free slot at Slotozilla. If you are done playing for fun, you can opt to play in real money mode. But make sure that your state lets you gamble online. If not, you can only try this gamble in the free-of-charge mode.

That is, you will not experience making real money deposits or withdrawals. On the other hand, if your state allows online gambling, then you can experience the true casino payout with bonus rounds and wins. But you need to open an online casino account and make a deposit.

The casinos offer daily, weekly and monthly rewards. Then, you can also claim extra bonuses, cash back, and more.

What Can We Say?

The Mega Gems slot machine game is well-presented. It has a sufficient amount of features that you can take advantage of. If you are a fan of wild features, you should give this it a go. It is another top 3D slot made by Betsoft that looks and sounds great. When you see the animations, you will want to keep spinning the reels. The progressive nature of the game is just icing on the cake. So give it a try!