This article is part of our DraftKings Sportsbook series.

We're back to our regularly scheduled programming with two DraftKings Sportsbook breakdowns for this week. A 10-game Wednesday slate should provide plenty of bargains although props for Clippers/Cavs and Wizards/Heat were not available as of this writing.

Jan 16, 2021 Saturday's slate is minus just one game meaning we should have plenty of different options for prop bets and parlays. And hey, don't be afraid to add some NFL prop bets to the table as well. Kevin Payne's DraftKings specific article does a good job detailing a number of suitable prop bet options that could be mixed in as part of a parlay.

Long-time readers of the column know that I tend to steer away from large O/U totals just because so many things have to go right, generally, in order for the over to hit, but I think for Wednesday there's a decent bit of value for some of these numbers. First on the docket is over 26.5 points for Joel Embiid (-105). The 26-year-old center has been on a tear this season averaging close to 32 points per game with a couple of low-minute blowout losses lowering the per-game averages. It's worth pointing out the Hornets have held Embiid to some of his lowest scoring totals of the season (14 and 19 points, respectively), but both of those contests came within the first two weeks of the season as the All-Star was ramping up his conditioning. So long as Embiid plays, I just don't see how he misses this figure.

The same goes for Devin Booker over 23.5 points (-110) against the Pelicans. This might be one of the few times we see Booker's O/U so low as the guard is expected (he's technically listed as probable) to make just his second start after a four-game absence due to a hamstring injury. The Pelicans allow the third-most points to opposing shooting guards but most importantly, they allow a ton of 3-point attempts to guards which should only benefit the Kentucky product.

The Pelicans/Suns game in general seems to be a decent game to target from a props-bet perspective as I'm also tempted by Deandre Ayton's double-double bet (-278). If Steven Adams (questionable, calf) plays I think you could probably get this figure even lower, but as it stands I think Ayton reaches a double-double regardless if for no other reason than he's hit that mark in seven of the last eight games.

That being said, it wouldn't be a props-bet article without taking the under on one large points total, and I think the best value comes from Brandon Ingram under 22.5 points (-110). A couple of things play into this thought process. First and foremost, the Suns are excellent at stopping opposing small forwards compared to the rest of the league, and I think if Adams were unable to play, we'd likely see a combination of Jaxson Hayes and Willy Hernangomez taking over at center as opposed to sliding Ingram and Zion Williamson down. That matters because I think Zion can take advantage of the Cameron Johnson/Jae Crowder combo which should soak up some additional shots. It should be worth noting Ingram's season-low 13 points came against the Suns back in late December, but he played just 28 minutes in a blowout loss.

There's a bunch of other smaller o/u that I think are worth targeting. If you're looking for a guaranteed parlay filler, Clint Capela hitting a double-double (-335) is a guaranteed lock in my mind. The over on his points (14.5, -134) is also reasonable considering the Mavs allow the most points to centers in the entire league.

Immanuel Quickley scoring over 15.5 points is intriguing (-110) considering the Bulls allow a ton of points to opposing point guards and Elfrid Payton is slowly being phased out of the starting lineup (just an average of 20.8 minutes over the last four games), but hell hath no fury like head coach Tom Thibodeau and a random emerging rookie on his team.

Rounding out this section is perhaps my two favorite bets of the entire slate. First mentioned in Handicapping the NBA: Wednesday Edition, I feel incredibly confident Daniel Gafford hits his 10.5 points/rebounds/assists (PRA) over of 10.5 (-110). Forget that it's a stupidly low floor to hit for a player getting likely 20-plus minutes, but the one chink in the Knicks improving defense has been opposing centers. The fact that Gafford blew through that number (12 points, nine rebounds) in his first start with Wendell Carter (quadriceps) out against these very same Knicks only reinforces my confidence.

Taking the under for Lonnie Walker's 10.5 points (-110) also feels like a no-brainer. The Timberwolves do alright against opposing shooting guards, at least relative to the rest of their putrid defense, but this is more of a bet on Walker's minutes subsiding with the return of Derrick White (toe). In the past two games with White a part of the rotation, Walker is averaging 20.8 minutes to go along with 8.0 points. You could also take the under on the PRA total (15.5) but it gives you the same odds so I'd rather focus on the points assuming Walker will simply be less of an offensive focal point.

These are primarily just targets based on season averages, but I'm intrigued by a few of them. Of note, taking the under on Bobby Portis' 6.5 rebounds (-110) is interesting to say the least. It's a bit surprising considering the Pacers' rotation, but Indiana does allow the third-most rebounds to centers so there's risk to this bet. However, Portis' minutes tend to be less against quality competition (16.7 minutes per game with the Bucks in the seven games within 10 points) and his rebounding figures have not coincidentally been down in those types of games (6.4 compared to 7.5 season average). 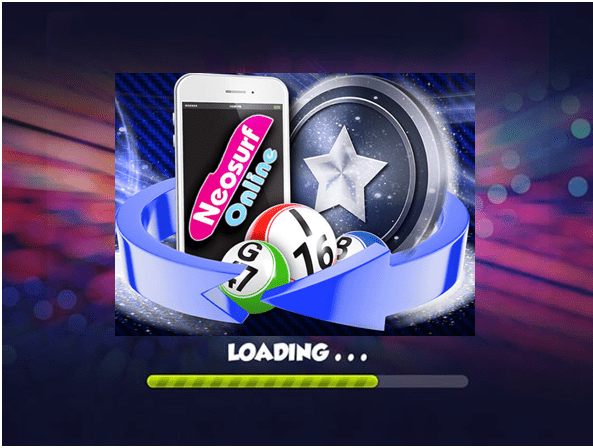 Online Casinos That Accept PayPal. PayPal is one of the biggest online payment methods in the world. It has millions of users across the globe and was the facilitator of 9.9 billion payment transactions in 2018 alone (Statista – PayPal: Statistics & Facts).Therefore, it’s pretty clear why casinos sites would want to accept PayPal deposits.

Ben Simmons also seems primed to hit his assist over (7.5, -107). Simmons' 7.9 season average doesn't really give a lot of wiggle room, but the Hornets allow a league-high 9.3 assists-per-game to opposing point guards and I think the natural byproduct of a big Embiid game (see above) would be Simmons feeding assists. The fact the Hornets allow so many extra 3-point attempts should also give a couple of extra assist opportunities, too.

Sticking in the same game, I like Gordon Hayward getting over 5.5 rebounds (-121). The return of Cody Zeller (hand) has siphoned away some of the boards (4.5 per game over the last four games with Zeller playing 30-plus minutes) but the 76ers allow a third-most rebounds to small forwards and PJ Washington (foot) only aids the bet further. 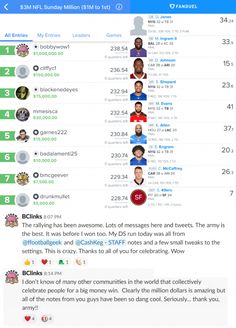 I love this bet from an odds perspective simply because the Timberwolves struggle significantly against opposing centers, and over 7.5 rebounds (+105) for Keldon Johnson is really nice value. With LaMarcus Aldridge (hip) out, I anticipate Johnson occupies more of the big-man minutes than Jakob Poeltl which should make the over an easy hit, to the point where I'd even consider taking the double-double odds (+290). The second-year big man has went over 7.5 rebounds in three of the last four games he's played at least 28 minutes, but the one time he missed that figure was against the Wizards who are literally the worst team in the NBA against opposing centers, so it isn't necessarily a lock. Still, it's easily among my top three favorite bets of the Wednesday slate especially with Aldridge out.

Sports publishers are increasingly digging out a gold mine in the partnerships they can forge with sports books, especially around major sporting events like the Super Bowl. And Bleacher Report is no different.

Though the legality of sports betting isn’t consistent among U.S. states, sports publishers are seeing this space as a way to better connect with fans and establish new revenue streams. Even if the ability to attribute these audiences remains blurry.

DraftKings programmed and hosted the hour-long show, and it remains to be seenhow successful these media partnerships will be in converting audiences into bettors.

The stream announced 40 of the more than 150 “prop bets” (bets that are made on the occurrence of events during a game without being related to the game’s final outcome) that the sponsor DraftKings will be offering on its sports book for the Super Bowl this Sunday, according to the company. These bets range from which team will make the first touchdown to what color the Gatorade will be that gets dumped on the winning coach’s head.

Within 24-hours of streaming, the DraftKing Prop Reveal show received over 1 million views between the app and the social handles — five times the average number of views for B/R’s live videos, said Joe Yanarella, general manager of the publisher’s betting vertical B/R Betting.

Yanarella added that during the livestream, 16,000 people commented on the video, making it the second most engaged-with video on the publisher’s app in its history. Betting videos are also the most streamed pieces of live video content on the B/R app and users who bet are five times more engaged than users who do not bet, he said. Through a series of internal surveys and research, B/R found that 59% of its national audience bet on sports, though it is unclear if that all happens in states where this is legal, or if this includes off-shore betting.

But it’s difficult to track these DraftKings customers as part of the B/R audience. Josh Linforth, commercial director for Genius Sports Media, a part of the sports media buying agency Genius Sports Group, said that sports books do not ultimately care about attribution when they’re making a media buy.

“At the moment, they want distribution, eyeballs and market share” during the “initial land grab” for potential online sports bettors, Linforth said.

Neither Bleacher Report nor DraftKings were willing to disclose the average conversion rate that sponsored content for the sports book received in turning readers into bettors, but these content partnerships procure at best 10% conversion rates, Linforth said. 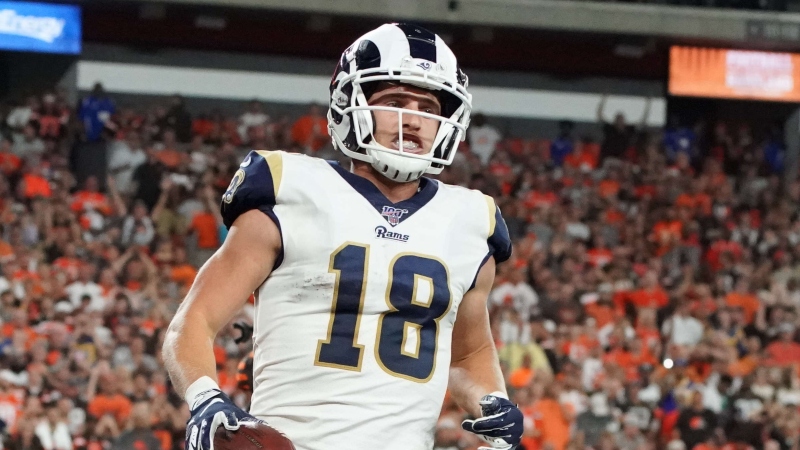 While regulations around the legality of online betting change almost monthly, the arrangement is mutually beneficial: sports books need “maximum distribution” to grow and publishers need audiences, he added.

Especially when the partnership is seamlessly integrated, such as the live show, which featured a round table of experts and talent from Bleacher Report and DraftKings.

“That lifestyle content of people around a table who are really playing and betting can get the juices flowing in people’s brains” who could then become inspired to place a bet, said Matt Kalish, co-founder of DraftKings and president of North America, especially if they offer a new angle around why a prop bet makes sense.

What’s more, the models for these deals lead to high paydays for publishers as they can include either cost per acquisition rates of between $200 to $500, a flat fee for the content generated up top or in many cases a hybrid model of both, he said.

On average, “tier one” publishers, such as the ESPNs and Bleacher Reports of the world, can earn seven-figures of revenue form these deals, according to Linforth, whose company signed a two-year deal with a competitor sports book FanDuel this week to be one of its main media buying partners in the U.S. And even smaller sports blogs can easily sign six-figure deals, Linforth added.

Bleacher Report declined to disclose how much it was receiving from this particular partnership.