In the box, as an added bonus, is Sid Sackson's Bowling Solitaire, which is an outstanding solitaire game in its own right. Elevenses for One uses only 13 cards, two of which are Timer cards, and the rest make up the 'Pantry'. With the Tea Trolley card face up in front of you, you shuffle the remaining cards numbered 2-11 and put them in a face.

OBJECTIVE OF BOWLING SOLITAIRE: The objective of Bowling Solitaire is to move cards out of play from the ten-pin layout by matching pairs that add up to ten points.
NUMBER OF PLAYERS: 1+
NUMBER OF CARDS: Standard 52-card deck
RANK OF CARDS: Ace (1 point), 2, 3, 4, 5, 6, 7, 8, 9, 10, all royal cards (Jack, Queen, King) are worth 10 points, and Jokers are wild cards that can be any point value from 1 to ten points.
TYPE OF GAME: Solitaire
AUDIENCE: Solo players, families, friends.

HOW TO DEAL BOWLING SOLITAIRE

Place ten cards face-up in the standard ten-pin bowling set up, with the cards overlapping across each other. There should be four cards on the top row, and then three, then two, and one at the bottom of the formation.

With the remaining cards form the draw piles by making three piles each with three cards in them. Face the top card of each pile upwards.

HOW TO PLAY BOWLING SOLITAIRE

The point of Bowling Solitaire is to knock all ten pins “cards” down my making pairs that add up to ten. You can use the Deck to create a pair, but you can only turn over one card at a time; otherwise, the Deck is only used when you need to create a new ten pin card formation. 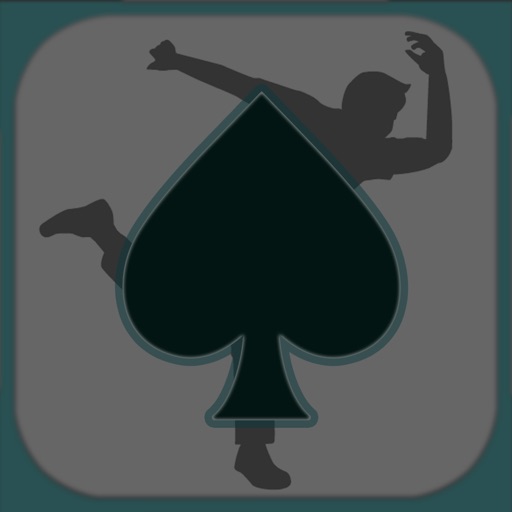 Cards rank as such:

After the initial deal, any cards that equal ten points can be removed from the table. The remaining cards must be matched together to add up to ten however you can match no more than two cards at a time. For example, an 8 and a 2, or 6 and a 4 could be paired together to create 10. Don’t forget that a joker can be paired with any card to create the value of 10.

If you are able to clear the entire table without ever touching the deck you’ve got a strike! If you were not able to remove the cards in one fell swoop then keep score by counting how many cards were removed from the ten-pin layout. You should use a standard bowling score sheet to keep score.

Use the deck to refill in the ten-pin board once again by replacing the cards that were removed, with the top card from each draw pile. If you are able to clear the table after the first redeal then that is considered a spare if not continue to count how many cards were removed and continue to keep score like this through all ten frames on the score sheet.

Keep score just as you would in traditional bowling. Scoring works just like in traditional bowling.
If you have decided to try playing this game with another person (or a few people) make it into a challenge by keeping hold of your matching card pairs and using those as a point system. Each pair is 1 point for the player, and the person with the most points at the end of the Deck . Typically, this is a game you play alone, but it’s easy to turn it into a party game this way.

There are two popular versions of Bowling Solitaire: This version, which is a quick and easy game to learn, and the more complex version of Bowling Solitaire which was invented by Sid Jackson.
Sid Jackson’s version of Bowling Solitaire, you choose two of the standard suits of a card deck, while also only using the cards 1 (Ace) through to the standard 10 (no royal cards). To play, you place 10 cards face-up and form the ten-pin card formation. These cards do not overlap, and you can build the layout however you want; though the 4, 3, 2, 1 formation is still highly suggested.
The other 10 cards that you have remaining in the deck are used to make three new card piles. The first should have 5 cards, the second should have 3 cards, and the last pile should have just 2 cards. The top card in each of these piles should be turned face-up.
To score, your aim is still to create matching pairs out of the visible cards. However, at the start of , you should select a card from the 3 face-up cards visible in your card piles. Once a card is selected, you choose cards from your ten-pin card formation to match it to and make the equation add up. You must always try and make 10 from the ten-pin card formation, no matter what card you take from you card piles.
That’s the basics, and though there are many more rules, we’ll leave it there. There are many other variations of Solitaire, too; that have been created all over the world. Try a new version of Solitaire that you haven’t attempted before and see how interesting a variation on a game can be.